SHANNON SINN: In it to fight

Posted on October 5, 2017 by vmetromultimedia

(Queen MMA Media)  On September 1, 2017 at the Branson Convention Center in Branson, Missouri Shannon Sinn proved she was in it to fight.  Many considered Shannon Sinn to be an underdog going into the (Legacy Fighting Alliance) LFA – 21 main-card flyweight fight against Katy ‘Red Dragon’ Collins.

“I knew by taking this fight on short notice I would be considered the underdog plus I was going in to her hometown,” explained Shannon Sinn to Queen MMA Media.

Shannon Sinn took the Collins match on a short two week notice.  Taking tough fights is nothing new for Sinn.  Throughout her professional career she has engaged challenging opponents with no hesitation.  Sinn is an accomplished purple belt in jiu jitsu who fights out of Colorado.   She has gained considerable experience over the years having fought in promotions such as Sparta Combat League and Invicta Fighting Championships.

Katy ‘Red Dragon’ Collins was an aggressive flyweight out of the Branson Fight Club.  ‘The Red Dragon’ came into the fight with an impressive 7 – 2 professional record.  With four of Collins seven wins coming by way of TKO via punches, she was clearly a formidable force in the cage.   Katy Collins is a quality flyweight who has experience, having fought under the highly respected Bellator banner several times as well as Resurrection Fighting Alliance, Capital City Punishment, and Xtreme Fighting promotions. 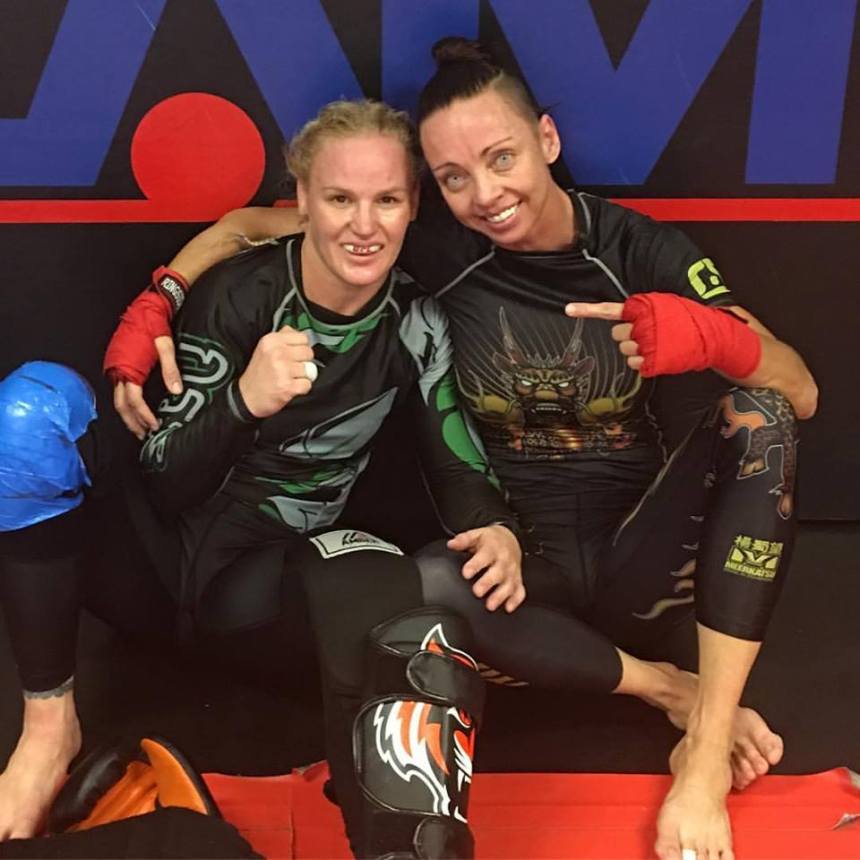 Sinn had been training with the Schevchenko camp assisting both Valentina ‘Bullet’ Schevchenko and Antonina ‘The Panther’ Schevchenko prepare for their upcoming fights.  The Shevchenko sisters are both extremely accomplished world class kick boxers.  Over the last few years Valentina has battled to become one of the best women’s bantamweights in mixed martial arts.  The camp also included top shelf MMA competitors JJ Aldrich and Rose Namajunas.  Rose Namajunas has a November 4, 2017 fight set for UFC 217 against UFC Strawweight Champion Joanna Jedrzejczyk.  The camp had begun weeks before Sinn’s contest against Collins had come up.

Valentina ‘Bullet’ Shevchenko was only weeks away from her epic UFC 215 battle against UFC Bantamweight champion Amanda Nunes.  There is no doubt Sinn was surrounded by world championship contenders and high level talent.

“There was no choice but to elevate my fight game in those training sessions,” stated Sinn to Queen MMA Media.  “I really believe that it helped me become a better fighter in both my skill set and mentally.”

Shannon feels she would have matched up well against Collins regardless, but explained that being involved in those camps gave her the confidence to take the Katy Collins fight on such short notice.

The September 1, 2017 match up at the Branson Convention Center proved to be Shannon Sinn’s fight.  Collins and Sinn provided the crowd on hand with an exciting (Legacy Fighting Alliance) LFA – 21 main-card contest.  The ‘Red Dragon’ came out with fiery aggression in round one forcing Sinn’s back against the cage. Knees were exchanged in the clinch.  Sinn was noticeably comfortable in the clinch landing numerous short hooks to the body of Collins.  She demonstrated smart movement, dictating the fight with her reach advantage.  Midway into the first round both fighters unloaded punches in stand up action.  Sinn peppered Collins with a well executed jab, while the ‘Red Dragon’ struggled to to find her range.  Collins looked wild at times with combinations, while Sinn’s punches landed clean and frequent. 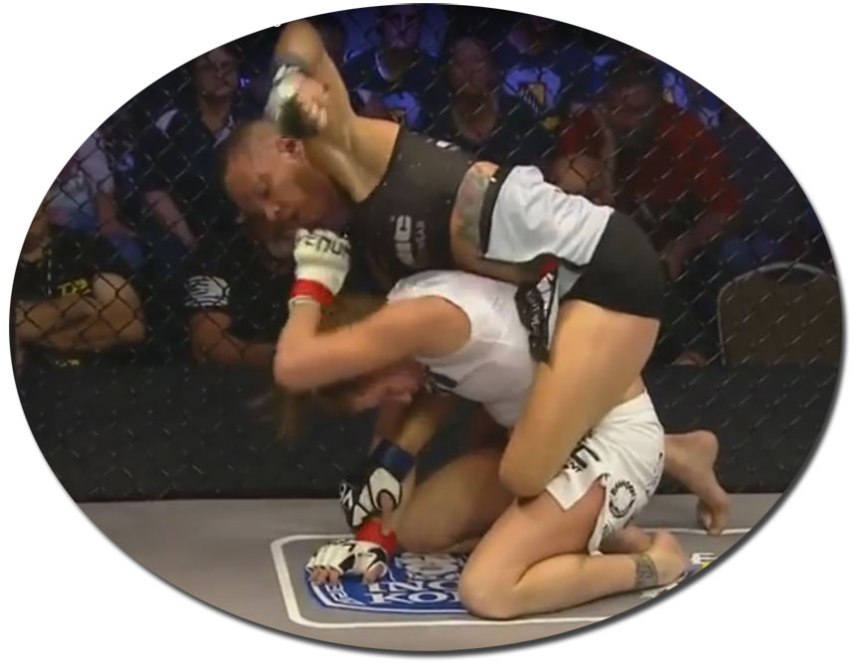 In round two Sinn was calm and calculating, sticking the left jab repeatedly and moving away with intelligent footwork.  Collins relentlessly pushed forward throwing punches in clusters.  Sinn handled the hard charging flurries with superior defensive movement, slipping the vast majority of the attacks.  Shannon took Collins back while on the ground about the halfway point of round two.  Collins could find no answers as Sinn delivered sharp striking from the top position.  Sinn dominated the ground action and with seconds remaining locked Katy in a tight arm bar.  Collins tried desperately to escape but was saved by the end of the round horn.  In the third round Sinn resumed the ground assault, mauling Collins convincingly on the mat with tenderizing punches.  Sinn demonstrated a near perfect performance.  It was a one sided contest that quickly quieted Collins hometown crowd from the very beginning.

The judges at cage side scored the bout 30 – 27 / 30 – 27 / 30 – 27.  It was a decisive three round unanimous decision win for Sinn over a favored hometown fighter, the kind of victory that often proves to be a positive pivotal point in a fighter’s career.  Shannon’s 4 – 5 pro record is deceiving.  It is only a distorted shadow of the talent, skill, and competitiveness she carries into the cage.

Shannon has continued to train since her fight with Legacy Fighting Alliance.  “I would love to get another fight with them (LFA) or Invicta FC before the end of the year,” Sinn explained to Queen MMA Media.

“I would like to thank my coaches Albert Rosales and Mike Gonzales along with my training partners and team at Grinders.  Thank you to my sponsors Denver Chiropractic, Spartan Labs, Tank d Float Boutique, and Sicchic.  Lastly thank you to my family, friends, and amazing fans that support me.” – Shannon Sinn