Posted on January 3, 2018 by vmetromultimedia

(QUEEN MMA MEDIA) – Queen MMA Media is proud to present the QUEEN MMA MEDIA 2017 WMMA Amateur Athlete of the Year Award to Helen “Iansa” Peralta.  Peralta was selected due to her amazing success and performance in 2017.  Helen competed in six amateur bouts during the year of 2017 and went undefeated winning all six fights.

She began the year with a unanimous decision win at LFA 2 against Bri Brassaw in January of 2017.  She continued with a first round KO/TKO victory over Jordan Nickelatti at Mecca 9 on March 4, 2017.  On April 15, 2017 Peralta won a unanimous decision over Alondra Romero at Extreme Challenge.  On May 6, 2017 only a few weeks later she defeated Izzie Robinson at True Revelation MMA 32 for the True Revelation Flyweight Title.  In October of 2017 Helen continued her impressive winning streak with a second round KO/TKO win against Cynthia Tarango at True Revelation 34 for the True Revelation MMA Strawweight Title.  Helen finished off the year in dominating style with a unanimous decision versus Destiny McCubbin at Tuff-N-Uff for the Tuff-N-Uff Strawweight Title.   Helen has achieved a tremendous level of success in 2017.  She has demonstrated a relentless pace in the cage taking four fights in a five month period, and finishing the year with a remarkable six total bouts.  Helen has proven herself to be a major force as an amateur in 2017, going 6 – 0 and winning three amateur title belts. 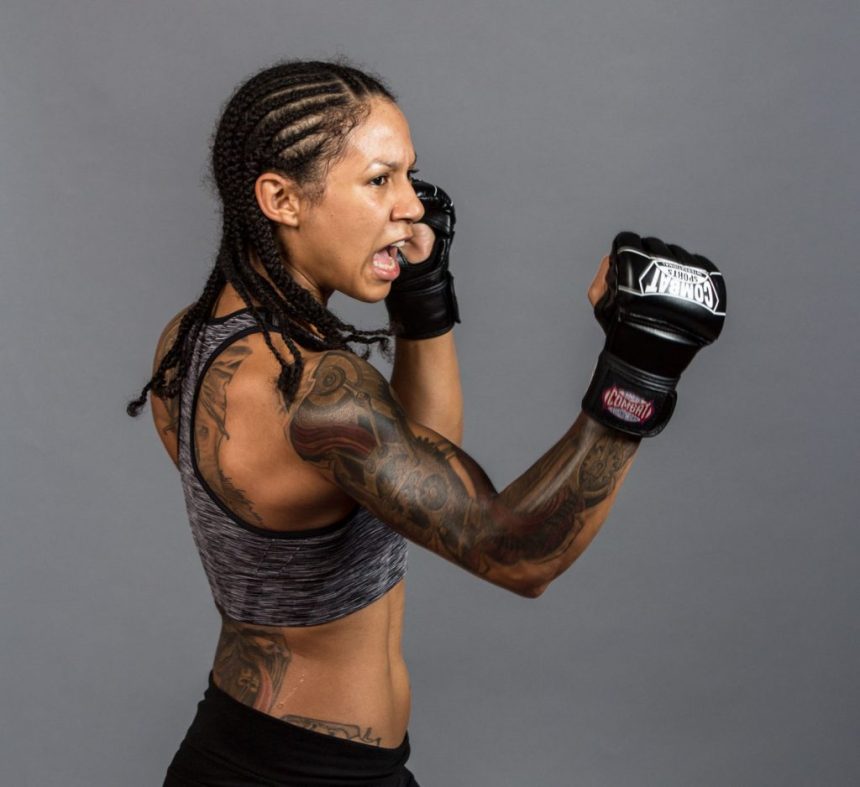 QUEEN MMA MEDIA – What were the high points of your 2017 year?
HELEN PERALTA – “Meeting Sergio Cunha, my head coach and moving to strawweight and collecting two amateur strawweight titles within four weeks.”

The process of selecting the award recipient is not done via a popularity rating or fan supported votes.  Award recipients are selected based on performance, achievement, success, sportsmanship, dedication, courage, character, and heart.  Selections are decided by a panel of experienced individuals from within the industry and sport.