Posted on January 23, 2018 by vmetromultimedia

“I feel I am a humble fighter and I hope to stay that way.  I’m not a shit talker.  I have the utmost respect for all of my opponents, however inside the cage it’s go time.  And I will do whatever I can to get my hand raised,” – LISA ‘Insane’ BLAINE

“I have been training MMA for five years now,” explained Blaine.  After being in a couple of other schools, Blaine found and currently trains at Ultimate MMA in North Haven, Connecticut.  “I have been with Ultimate MMA for about a year and a half now,” she continued.  Blaine is a blue belt in jiu jitsu and elaborated as to how Ultimate MMA is widening her fight arsenal.  “We train boxing, Muay Thai, wrestling, and jiu jitsu.”

Lisa “Insane” Blaine produced a 3 – 2 record as an amateur and is currently 2 – 0 as a professional.  All of her bouts both amateur and professional have been at flyweight (125 lbs weight class), however on March 10, 2018 Lisa will be dropping down to face Quinones in a strawweight (115 lbs weight class) match up.  Blaine is not sure how the ten pound drop in weight will affect her performance in the cage, if at all. 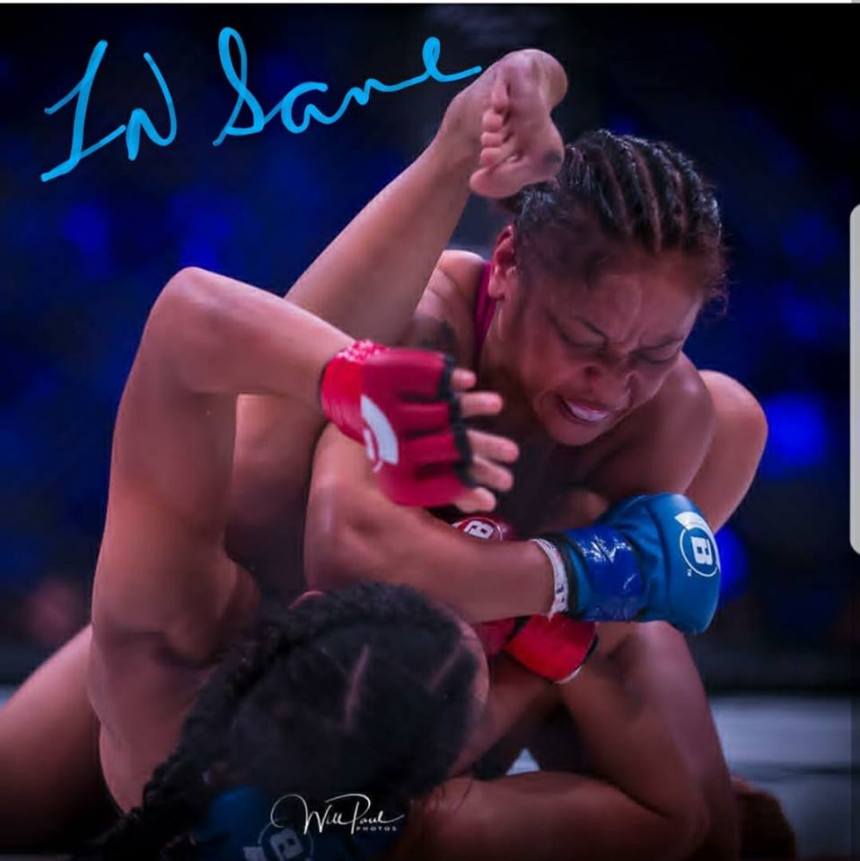 As a professional Blaine has fought under the promotional banners of Premier FC and Bellator.  She made her pro debut June 10, 2017 with a second round lightning strike knockout over Tammy Worrick at Premier FC 23.  Lisa’s most recent fight was a split decision win against Ana Julaton October 20, 2017 at Bellator 185.

Destiny “The Caged Cutie” Quinones fights out of New York, New York.  Hosting an amateur record of 5 – 11 Destiny brings with her a notable amount of cage experience. “The Caged Cutie” will be making her professional debut at Premier FC 25.

Blaine is respectful of Quinones’s experience however she is also confident in her own growing abilities and the training she has accumulated under Andrew Calandrelli, her head coach.   “I am confident in my head coach’s choices and the training he provides.  All I have to do is follow his plan and train hard,” Blaine stated.  “My confidence is secure being under him.”

Blaine fights out of North Haven, Connecticut and will be seeking to protect her perfect undefeated record as a professional.  She will be looking to use her height and reach advantage against Quinones. 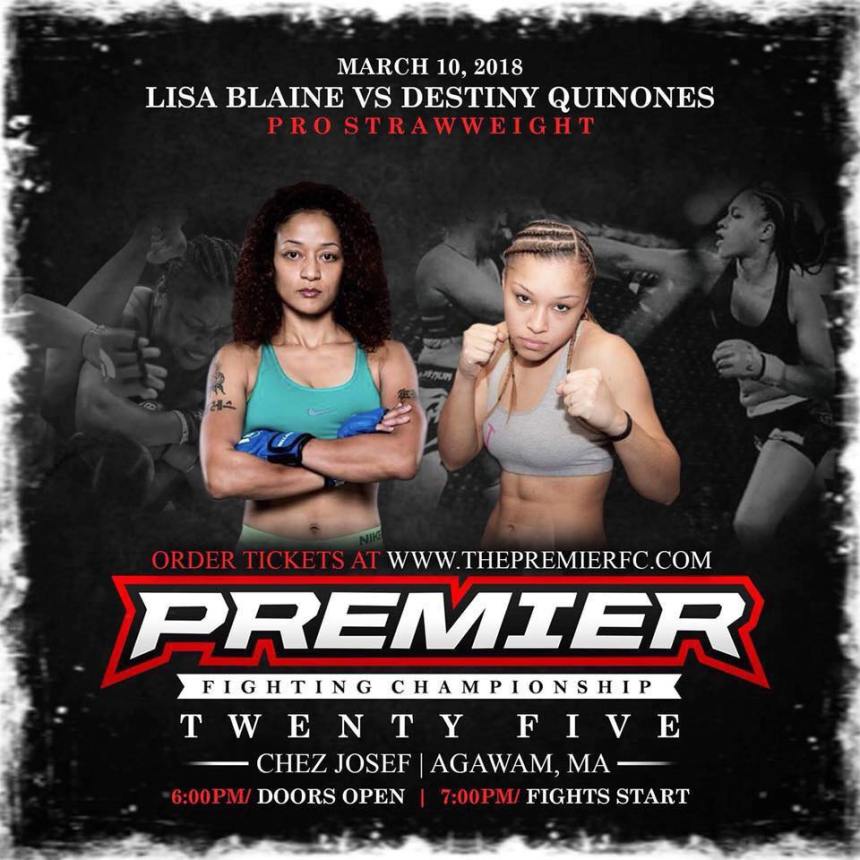 QUEEN MMA MEDIA – At thirty-eight years of age I am sure you realize you entered the sport relatively later than most other MMA athletes generally do, However I know of many athletes much older who still compete and successfully reach beyond yesterdays accomplishments.  With that said do you feel your age will be a factor in your WMMA dreams, goals, and career?

LISA BLAINE – “My age most definitely plays a factor!  Time is not on my hands.  I feel I only have a few years left in me.  I’m in great shape and I feel phenomenal to continue fighting right now.  However I can’t fight age.  I will listen to my body and will go as far as my body will take me.”

Despite the late start in the sport Lisa has shown a real desire to excel.  She continues to progress with every bout.  A victory over Quinones will keep Blaine on the road towards becoming a serious up and coming prospect.

“As far as a shout out, I’d like to give a shout out to my girlfriend Lori who has seen me at my low and is still with me as I climb this MMA ladder,” – LISA ‘Insane’ BLAINE