(QUEEN MMA – MEDIA) Helen ‘Iansa’ Peralta is coming off an impressive three round unanimous decision victory over Cheyanne Vlismas on May 4, 2018 at Invicta FC 29.

“I learn something new with every performance and my fight against Vlismas was not an exception,” explained Peralta.  “I learned that I’m a lot better on the clinch than I give myself credit for.  I learned to stick with the game plan even though I felt like changing things up during the fight.  I learned that no matter what is happening during the fight, as long as I can keep myself calm I’m in control.”

Despite the many things learned Peralta was not one hundred percent satisfied with her performance against Cheyanne Vlismas.  “I wanted the fight to go into the third round, but the plan was to finish it instead of letting it go to the judges,” stated Peralta.

“Vlismas had said that I’m just a brawler, so, I didn’t want to win via haymakers.  I wanted to show I’m more than that,” Helen continued.  Perlata’s gain in fight plan discipline was noticeable during the match up against Vlismas, as it seemed clear on multiple occasions Helen could have lowered the boom ending the contest on a sudden note, yet opting to focus on keeping to the designed game plan.  Helen explained she had felt her right foot dragging a little at the beginning of the third round.

“Vlismas had checked a few of my low kicks throughout the fight.  I know I don’t feel much pain when I’m excited and I had no idea how bad it was.  I heard my corner say ‘one minute left’ and I thought well I had already won the fight, now I got to make sure I don’t do any more damage to my body so that I can fight again soon.  So I stopped fighting,” explained Helen pertaining to the third round of the Vlismas fight.  “This is not the first time I do something similar and that needs to change.”

Helen is currently 2 – 0 as a professional with her debut win coming by way of devastating first round TKO knockout of Jade Ripley at Invicta FC 27 in January of 2018.

Helen is a rising force in women’s professional mixed martial arts, and fast becoming a serious contender in the Invicta Fighting Championships Strawweight division.  She has proven herself to be an intelligent fighter with outstanding striking power.

Peralta is the kind of fighter who can take control of a bout with a single punch. Presently she is already a solid challenge for most Strawweights in the cage and as her skills expand and professional experience grows she will move closer to becoming the UFC caliber athlete many in the business believe she will become.  Helen demonstrates an intensity of determination every time she enters the cage.  She carries a deep hunger inside that is easily apparent when watching her in action.  The kind of desire that demands achievement and thirsts for challenge.  Many believe she holds that one piece of the fight puzzle that divides competitors from champions. 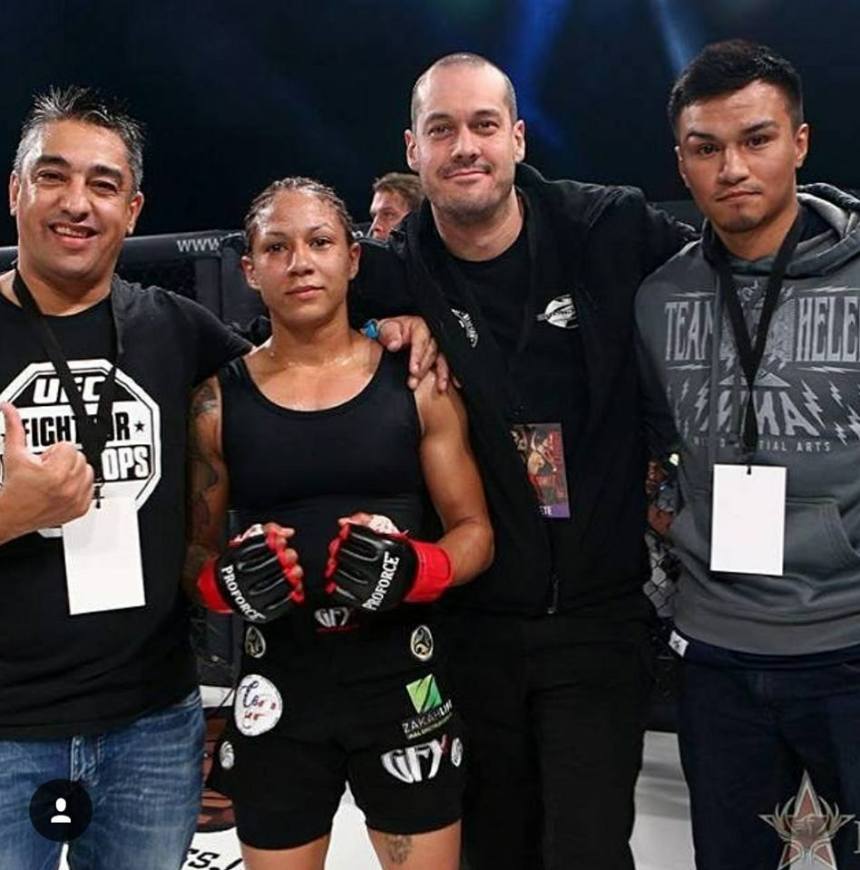 Helen Peralta carries herself with strong confidence, yet does not allow it to overshadow her willingness to learn.  Perhaps this is one of the reasons she is becoming a popular name in the WMMA community.  Many see her continuing to develop as a fighter and moving up to the UFC possibly within a year or so.  Peralta is hoping to get on the July 21, 2018 Invicta FC 30 fight card, but as of yet has not been offered the opportunity.

If the upper end of the Invicta FC Strawweight division has not already looked over their shoulder at the surging force known as Helen ‘Iansa’ Peralta at this point they most surely will be sooner rather than later.