“I am a pressure fighter.  I like to keep moving forward and not give my opponent any time to think,” – VICTORIA “Fury” LEONARDO

Victoria Leonardo is a real deal flyweight prospect.  She began fighting as an amateur in May of 2015 and went on to gain quality experience and produce a 6 – 2 – 1 amateur record.  Victoria is off to an outstanding professional start.  Her most recent fight – a win over Salina Rowland, a highly praised amateur star turned pro at Legacy Fighting Alliance 46.  Her pro debut – a victory by way of rear naked choke submission in the first round against Hailey Cowan at LFA 40.

“A lot of people counted me out in those two fights,” explained Leonardo.  “Especially the first one.  I wasn’t surprised, though I knew I could win both of those fights.“

Victoria believes her stand up is better than what she has demonstrated in her first two pro fights.  Noting how she dealt with a considerable reach disadvantage in both matches.  “I still have a lot I feel like I haven’t shown in the cage but am very capable of doing,” Leonardo continued.

“I am a pressure fighter.  I like to keep moving forward and not give my opponent any time to think,” explained Victoria.

Leonardo fights out of Brent Mason’s Elite Combat Academy located in Shreveport, Louisiana.  Victoria owns and operates Elite Combat Academy alongside her husband Brent Mason who is an accomplished Brazilian Jiu Jitsu practitioner.  Victoria has fought consistently between 125 lbs – 135 lbs both as an amateur and a pro.  “I believe flyweight is the place for me.  It is perfect for the weight I walk at,” explained Victoria. 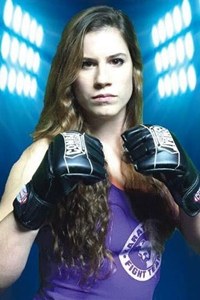 VICTORIA ‘Fury’ LEONARDO – “I really pull inspiration from many different fighters and places.  My husband and I are always watching fights with a studious mindset.  He constantly points out things that he thinks I could use or do better at.  I like to look at fighters that have similar builds  and reach as me.  I watch a lot of different fighters from all weight classes looking for things I can use.  For example when I watched the Daniel Cormier – Stipe fight, I was inspired by his dirty boxing knock-out.  When Stipe went for the under hook in the pummel, DC let him so he could collar tie and throw hooks on the other side, which led to the knock-out.  The next time I went to the gym I immediately started training that technique. While I didn’t get the knock-out my last fight, there is a moment in the last half of the third round where I have Salina on the cage and I felt her get that under hook and I collar tied to the head and landed an uppercut and a hook on the other side.  I was really proud when I went back and watched that because its something I got from watching DC and was able to implement the very next time I fought.”

Tommy V. – Do you anticipate Miranda Maverick being your biggest test to date in the cage?

VICTORIA ‘Fury’ LEONARDO – “This is definitely the biggest opportunity to date for me.  In some respects I think Maverick is my biggest test against someone who fights similar to the way I do.  I really haven’t faced a lot of opponents that are grappling minded.  However she isn’t the biggest or strongest opponent I’ve faced and I don’t see her being as technical a striker as my last opponent.“

With each match Leonardo is becoming more and more relaxed.  She is progressing at a strong rate and her fight game continues to evolve.

The twenty-one year old Maverick enters the cage with a 3 – 1 pro record.  She is looking to bounce back from a split decision loss to Brogan Sanchez in July of 2018 at Invicta FC 30.  Maverick fights out of Missouri and has fought all four of her professional bouts under the Invicta FC banner.  She has gained victories over notable fighters such as Gabby Romero and hard charging Kal Schwartz.

This is a great match up.  If you are wondering which of these two warriors will walk away with the ‘W’, the answer is simple the one who wants it the most.  The one with the greatest hunger, and Victoria ‘Fury’ Leonardo is a very hungry fighter.  There is little doubt that this flyweight bout will be hard fought and laced with serious excitement.  Leonardo vs Maverick is just one of many spectacular bouts set for the September 1, 2018 Invicta FC 31 card.  Do not miss this card!

“I’d like to thank the Lord for his many blessings and opportunities he has put in my path.  I would like to thank my amazing sponsors; Mike Tilton’s Plumping, Denny Brown’s Dent repair and Downhome Sausage.  They are more than just sponsors they are big fans of mine too.  My coaches are awesome because they always tell me like it is and are pushing me to get better, especially my husband (heart). 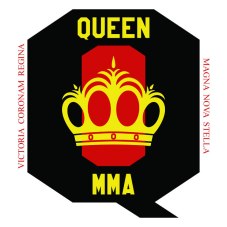