“You’re gonna feel something when you watch me fight,” – JONNA WOOD 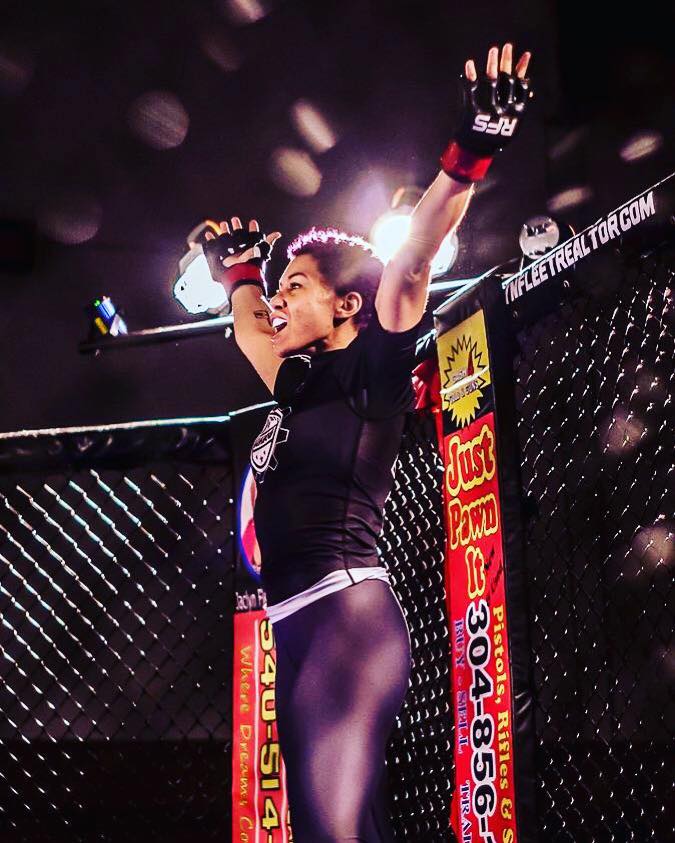 Jonna Wood will collide with Megan Owen in a strawweight war on September 13, 2019 at Cage Wars 43.  Wood fights out of Waldorf, Maryland and brings a potent mixed martial arts arsenal with her into the cage.

“First time I watched Joanna Jedryejczyk fight I thought to myself ‘I want to do that’ so I started looking for fights,” stated Wood.

Jonna made her amateur debut in September of 2017, a fight she won via first round guillotine choke over Trisha Shay.  The twenty-nine year old Jonna is a caring mother of two children outside the cage and a fierce competitor inside the cage.

“When I’m in there I’m aggressive,” explained Wood.

She is scrappy, durable, and always comes to fight.  The amateurs is a place where fighters develop, advance their skills, and gain valuable experience.  Often an amateur record can be very deceiving on paper.  Despite having a (1-3) record, Jonna is a formidable grappler who wields dangerous jiujitsu.  She is focused and has worked hard the past year evolving and expanding her fight game.  Jonna trains at American Martial Arts Gym and has been practicing jiujitsu for four years.  Since getting her purple belt she has competed for Fight2Win promotion three times and won her most recent match in Philadelphia, Pennsylvania. 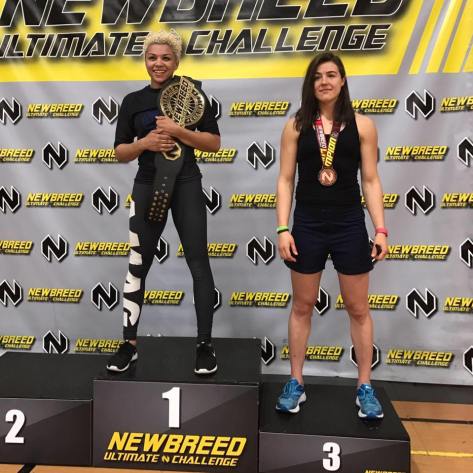 Jonna acknowledges that she only got her start four years ago and understands she is still growing in the sport.  She is not shy about her desire to win and is a threatening opponent for most amateur strawweights in the sport.  Fight fans can expect to experience a lot of action when Wood meets Owen at Cage Wars 43.

Jonna gains her inspiration from her children and is on a mission to fight for the all professional women’s promotion Invicta Fighting Championships someday. 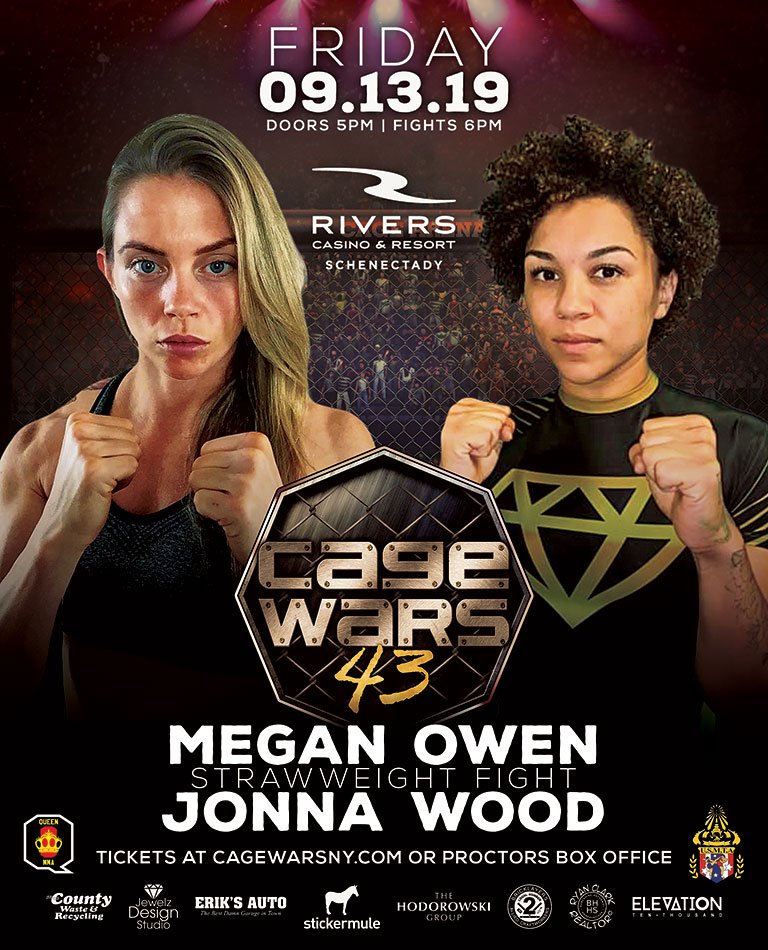